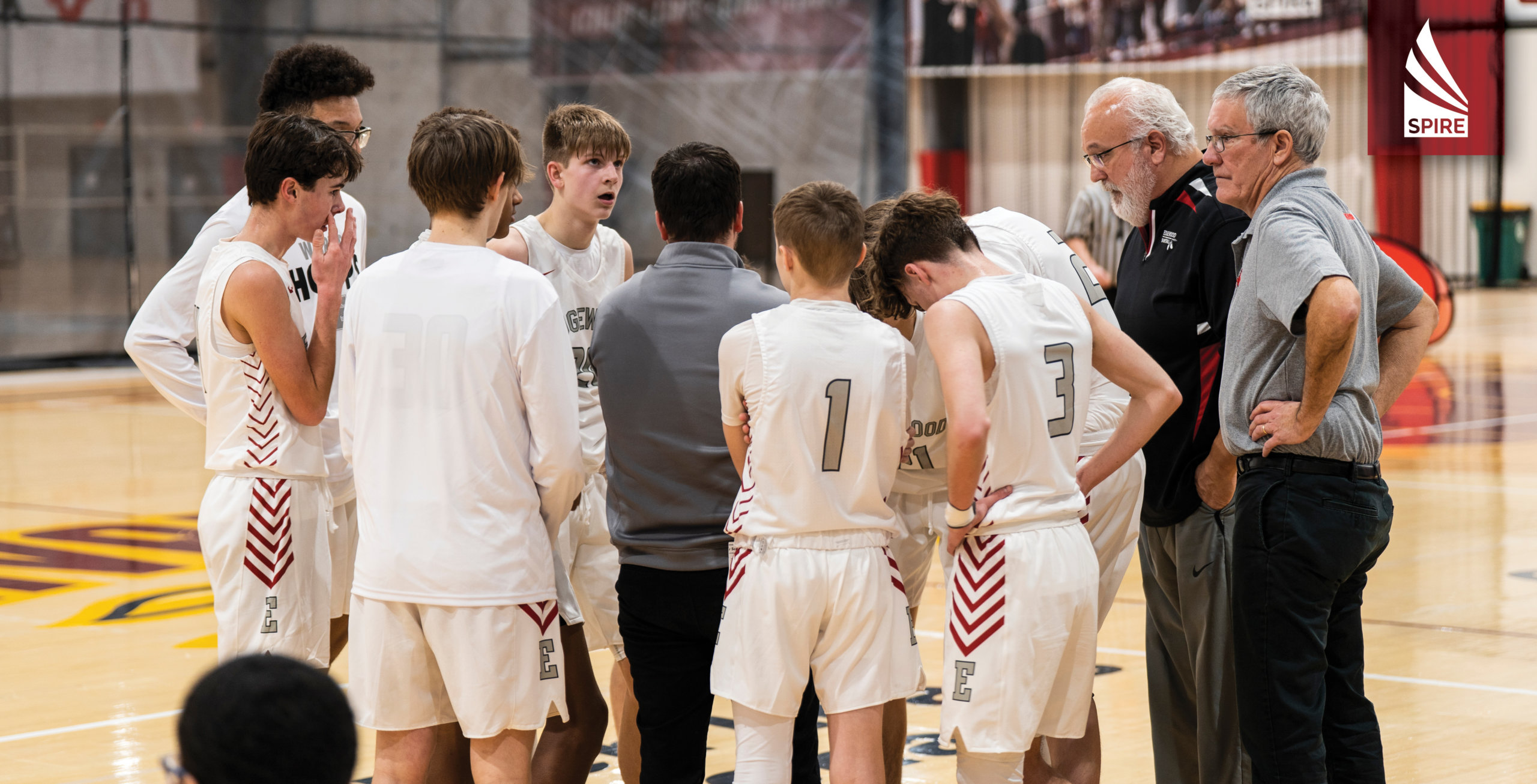 Just in time for the holidays, Edgewood’s Warriors went into battle not only against their opponents but also against a water-damaged high school. On Christmas Day, some of the school’s pipes burst, resulting in damage to the facility.

This damage sadly meant that the school and its gym couldn’t be used for the Edgewood Holiday Basketball Tournament in nearby Ashtabula. Thankfully, Edgewood reached out to SPIRE for help, and we welcomed the opportunity to host the event.

“We were excited and pleased to be able to assist Edgewood in hosting their Holiday Basketball tournament,” stated SPIRE President, Jeff Orloff.
“Our goal at SPIRE is always to be a good community partner.”

The SPIRE team hustled to put together the event on short notice, including preparing the court, setting up PA systems and infrastructure to host local media members, and opening up concession stands for fans to enjoy. It was a testament to the entire team’s ability to work together and host an event in the middle of the holiday season.

SPIRE Head of Athletics, Jeff Javorek, explained his enthusiasm for being able to host the event. “We were so excited to help out the Edgewood basketball team and Athletic Department. We were able to accommodate and host the tournament that featured several local area schools like Edgewood, Conneaut and Trinity. Our SPIRE staff was able to pull this together in short notice and provide a great experience and atmosphere for the coaches, players and families.”

Showing our true spirit of sportsmanship, SPIRE was delighted to be able to help them out, and the game turned out to be an enormous success. Despite losing the game to Garfield Heights Trinity, Edgewood was still extremely grateful for our support. We’re always happy to serve our community and accommodate events of any size and scale.

Read more
Read All The Wire